As an engineer, Steven Neville likes problems to be definite and fixable, and living with cancer presents a special kind of challenge. 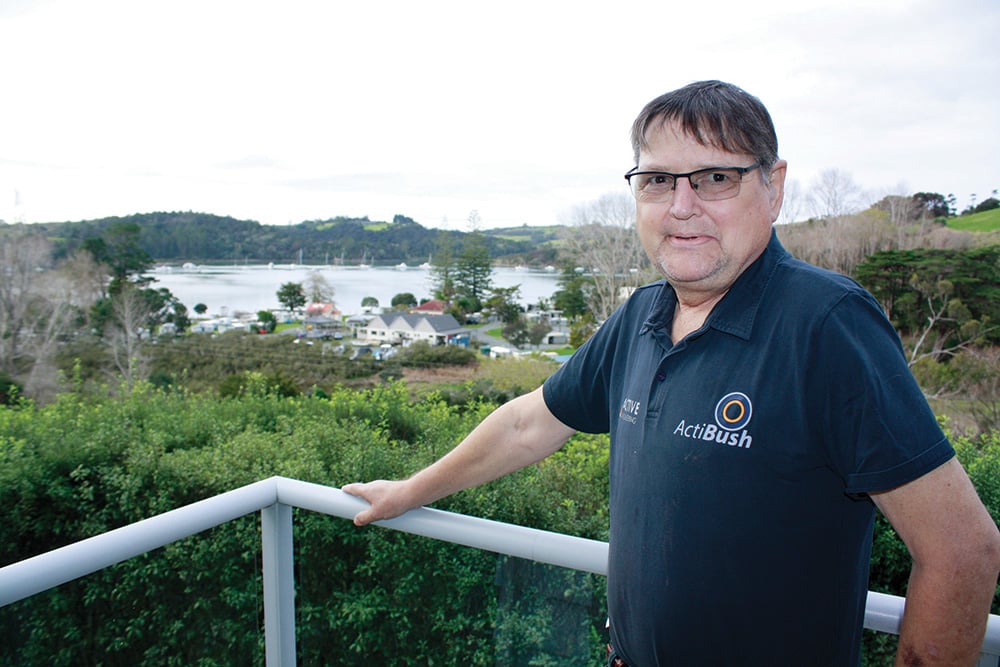 One of the things he appreciates about Harbour Hospice’s nurses is that they tell him what to expect as his illness progresses – although even their plainest descriptions aren’t quite blunt enough for his analytical taste.

“They’re not overbearing, they’re very in tune with what I need, and I know they’re always available to me.”

Steven is no stranger to health care, having suffered a stroke 12 years ago followed by two years of paralysis on his dominant left side. There was a silver lining – seeking a wheelchair-friendly property led Steven and his wife Michelle to a stunning location in Sandspit. Steven joined the local Stroke Club, which offers priceless friendship and support.

Sadly, the after-effects of Steven’s stroke masked the onset of prostate cancer, which was eventually diagnosed in April 2018. “The doctor told me I’d be dead in three months,” he says.

Six months later he contacted Hospice, a tough decision given his belief that it was a place people went to die. “I had to take a deep breath, as it takes a bit of getting used to the fact that you’re running out of life.”

Like many who accept Hospice care, Steven has been surprised by the range of services available to him and Michelle.

“Hospice gives you an awareness of what your journey will be like, and then eases the journey for you,” Steven says.

Harbour Hospice’s nurses and medical specialist Ssu-An work closely with Michelle and Steven’s GP to balance his medications and manage symptoms at each stage of his illness.

“They’re very in tune with what I need, and they involve whoever they think will help; the doctor and nurses for the physical and Kerry (counsellor) for the emotional.

With Ssu-An’s help, Michelle has become adept at interpreting my moods – when I’m grumpy she knows I might be in pain and need extra relief.”

Before lockdown, Steven enjoyed a ‘leave period’ in the Inpatient Unit at Takapuna, providing a rest for him and a break for Michelle. The Carers Support Group at Tui House gives Michelle a safe place to share concerns and receive advice.

Steven is philosophical about his illness and feels lucky to have time for the important things, including seeing his children settled, handing the reins of his business to his son, and completing a passion project. He’s thankful for insurance that allowed him to help his son and daughter buy their own homes and indulge in a new Porsche for himself. It’s the contemporary twin of Steven’s 1954 Porsche 356 convertible, which he bought as a rust bucket and is now ready for a cherry-red paint job.

“I would be disappointed not to see that through. I’m hoping to take it to a car club event in the South Island in September, and there’s a car show in February I’d like to get to.

“It’s all a happy ending, just sooner than I would have liked.”

By making a donation to Hospice we can continue to provide compassionate, specialist care to people living with life-limiting illness and support to their families. To make a gift, please click on the community you wish to support.