After decades of giving, this Christmas it's Earline's time to receive 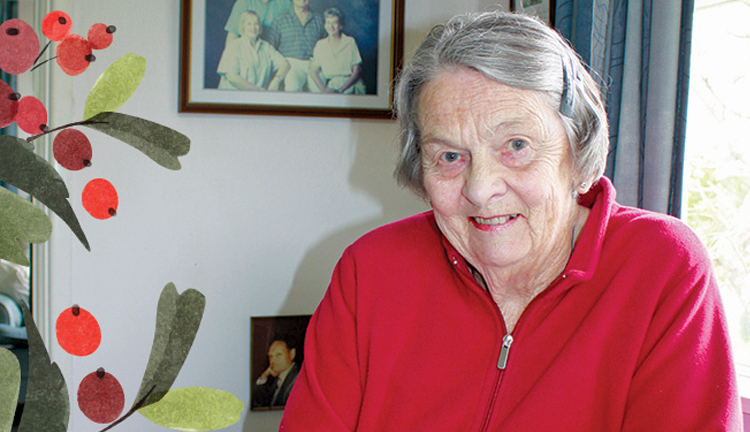 When Earline heard the devastating news that the breast cancer she thought was cured 20 years ago had returned and spread, her first question was, “Do you mind referring me to Hospice?"

Earline knew better than most the difference Hospice would make to her enjoyment and quality of life. As well as helping in the Inpatient Unit, she nursed her husband Noel for five years before he died in Hospice care in 2005. Earline has answered phones, crafted floral arrangements, helped with fundraising and worked in the kitchen, even bringing her two children to help prepare lunch on Christmas Day.

This Christmas is an incredible gift in itself for Earline, as she thought last year’s would be her last. Although there are days when simply getting dressed exhausts her or she is overwhelmed by nausea, the last 12 months have been a little smoother than she expected, which she attributes to Hospice’s care.

“I’d have been dead long ago if not for Hospice,” she says. “They work closely with my wonderful family doctor and are so good at adjusting my medications to keep me as well as possible.”

Earline rarely leaves the house now after a ferocious coughing fit while driving scared her into giving up her licence. She also finds it tiring to spend more than a few minutes in her beloved garden, which frustrates her immensely. But she still arranges flowers for Hospice when needed and collates the competition points for her floral art group, of which she is a life member. Earline with her late husband Noel and their children Hamish and Anne.

Having given so much to her community, it is fitting that Earline is now enveloped in her own community of care provided by her family, friends, Hospice staff and volunteers.

Two of Earline’s neighbours are good friends and fellow Hospice volunteers. Julie cuts Earline’s hair and, along with Sally and Anita, drives her to medical appointments and occasional trips to the garden centre.

A hospice nurse visits Earline at home at least once a week and is available 24 hours a day by phone, giving Earline the security and peace of mind she values so highly.

“They give me so much advice and loving care. Anything I want or think I need, they do their best to provide it or explain why I need something else.”

For the last three years a Hospice therapist has visited Earline every few weeks to relieve her pain with Reiki and massage. And a recent stay in Hospice’s “five-star” Inpatient Unit gave the doctors a chance to review and adjust Earline’s medications to better manage her symptoms.

As well as striving to keep Earline as comfortable as possible, Hospice supports her and her family emotionally with counselling sessions. Including one with her children Anne and Hamish.

“We talked about how the children were coping with the prospect that I wouldn’t be here for much longer. Sasha, the counsellor, made it very comfortable for them both.”

While each day is a blessing now, Earline is quietly hoping for Christmas Day at home with Anne and Hamish and takes comfort knowing that Hospice is there if she needs extra care, or even a few days in the Inpatient Unit.