‘My mother was an early mobiliser’

Long before NZ's first kōhanga reo was set up there was Māori Playcentre, established by an industrious group of Māori women which included Harbour Hospice kaiāwhina Barb O'Loughlin's mum, Kahurangi Watana Mataira Taylor. As a preschooler, Barb was one of its first attendees and it set her on a path of a lifelong love of learning te reo. Here, Barb (who has a PhD in philosophy in education, and whose iwi affiliations are Hauraki and the Waikato) shares her story.

My love for te reo started with my mum, Kahurangi Watana Mataira Taylor. She was a fluent speaker of te reo, and in the 1960s my mum, alongside a group of Māori women (led by Dr Letty Brown- Nana Letty), formed a Māori Playcentre in Te Atatū North (now known as Te Atatū Peninsula), west Auckland.

That was quite revolutionary. Not many people realise that before Kōhanga reo there was Māori Playcentre and the Māori Women’s Welfare League, and my mother was part of both.

They were early mobilisers, my mother and her counterparts - living in an urban area, this was about reclamation of identity and the revitalisation of the Māori language. She was an advocate for Māori and a disrupter, and I like to think I am too!

I was the youngest in our whānau so I attended the Māori Playcentre in 1967 and I was involved in Te Roopū Manutaki kapa haka group (under the tutelage of Sir Pita Sharples and whānau) and later Hoani Waititi Marae. Aunty Ellen Weneti taught me poi and we would do performances at the Te Atatū community centre and other venues. 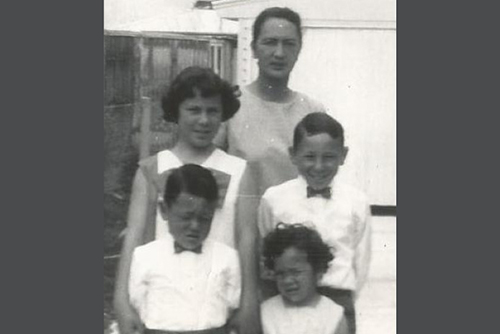 Barb and her family 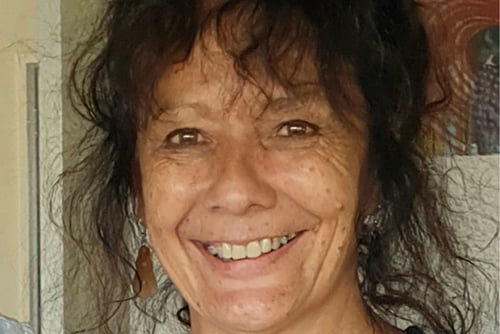 Growing up in the sixties as the daughter of a Māori advocate was sometimes challenging. Racism, then, was overt, so there were those who were trying to rid their streets of Māori people. There was a petition that went round our street asking for signatures to get rid of Māori.

My father was Liverpudlian (and supported my mother’s efforts to revitalise the language) but he worried about us being discriminated against, so our mother spoke to us in English in public, and Māori and English at home. She was at her happiest when she met up with other Māori in our community – where she felt safe to kōrero Māori and be Māori.

Francis Tipene’s nanny (Francis Tipene of The Casketeers) and whānau also lived on my street, and it’s wonderful to see the next generation coming through and so ‘out there’ in the media, celebrating the language and culture.

After I finished high school, I did full immersion te reo study at Auckland University for a year and I am also a member of Te Whare Tāhuhu Kōrero o Hauraki (our iwi te reo group led by my cousin Dr Koro Ngāpō). I am currently learning our traditional reo (which is the Māori equivalent of Old English or Middle English), and it’s really hard, but I love our time together!

Much of my work and study has been in a total immersion Māori speaking kaupapa Māori environment. Before joining Harbour Hospice I worked for 21 years at a Kōhanga reo and I still work there one day a week, and am still involved in Māori-centric research.

My role at Harbour Hospice is one of advocacy, where I’m helping Māori patients and their whānau navigate their end-of-life journey in a context that feels comfortable to them. You can never assume that if a patient is Māori, they have been totally immersed in their culture. It's important when meeting a patient and their whānau that it is done with caution and respect. It’s about establishing some common understanding and then looking for connections.

In my very first week I went to see a patient who told me he wanted nothing to do with hospice. Now he’s our biggest fan and is very grateful for all the kaimahi (all Hospice staff) who are caring for him. That is always the best outcome. 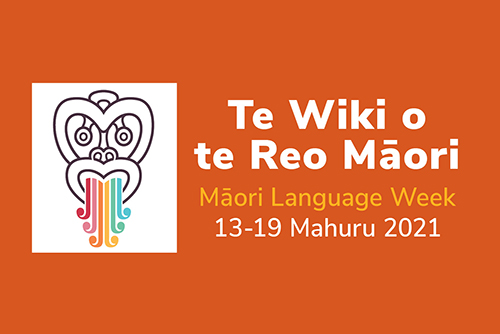