As you know, our North Shore facility is under redevelopment. Thanks to the enormous generosity of Trusts, individuals, businesses, and community groups we’ve now reached over $8 million of our $10 million fundraising goal, and we’ve made great progress on the construction site.

While the team has come up against some unexpected hurdles significant progress has been made in many areas. The roof and guttering on the Inpatient Unit are up and its first nine bedrooms are fully wired for electricity. A number of windows have been fitted, and fireproofing is well underway.

An important aspect of the facility, once completed, will be its ability to facilitate training and development programmes for staff, volunteers and the wider healthcare community.

The redevelopment will feature a Training Room to deliver training and education programmes and it’s thanks to the generosity of The Ralph & Eve Seelye Charitable Trust, which has gifted $750,000 towards its completion, that this is possible.

The late Ralph and Eve Seelye, after whom the training room will be named, were highly regarded in the academic and medical professions - Ralph as a scientist and university lecturer and Eve as a leading anaesthetist.

After Ralph’s death in 2002 Eve set up the Trust. The couple didn’t have children and had determined that their legacy should be around education and helping those in need, explains Trust Chair James Hill. 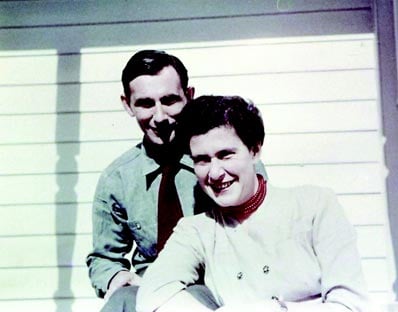 “It is an honour and a privilege to be able to create a space in which health professionals and academics of the future can meet and gain inspiration to continue the Seelye legacy.”   Jan Nichols

Eve had grown up in Germany but migrated with her family to New Zealand during the Second World War due to the oppression of the Jewish community. She first met Ralph at Auckland University, where he lectured, and the couple married in 1954. Together, they went on to further their educations at Oxford University.

When Ralph became ill in the early 2000s, he received hospice care through Mercy Hospice. Harbour Hospice’s Chief Executive Jan Nichols held the same role at Mercy at the time and came to know Eve further by developing a partnership with the trust. When Eve became ill a few years after her beloved Ralph died, Jan and the hospice team continued to visit her.

“Ralph and Eve Seelye were a most humble and inspiring couple,” Nichols reflects. “They never took anything for granted - their education, the great outdoors, their garden, their careers, their friends and each other. They were so thankful for the life they forged in New Zealand and so proud to be able to give back.”

Click here to find out how you can help, or learn more about the project.