In the midst of the Covid-19 pandemic, our attention remains focused on the hundreds of Harbour Hospice patients who need our care each year.

Many of these patients face a new health or social crisis every day, and we desperately need your help to ensure that all our services remain available, 24/7, for these most vulnerable members of our community. 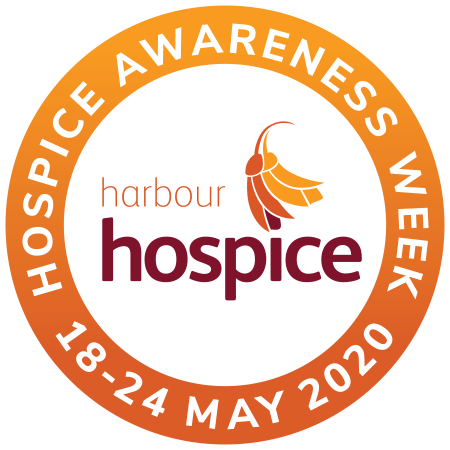 They include David Eastwood, whose story demonstrates the courage it takes to live with an illness, such as advanced cancer, that brings a new challenge daily.

During his time with us, David expressed his appreciation of Hospice care in this incredibly touching poem “An Ode to Harbour Hospice.”

For David and his wife Jenny, the ability to call Harbour Hospice at any time is their lifeline. Recently when David’s pain became unbearable, he called Hospice and a nurse assessed him and helped to get his medication adjusted, bringing him immediate relief. Weekly phone calls from a nurse continued throughout Alert Levels 3 and 4, and a visit was also available if essential.

David has lived with prostate cancer for 22 years following treatment with radiotherapy. Last year, when he learned that more tumours had developed in his chest and pelvis, he thought “Oh well, I’ll live with those as well.”

He says, “I decided to carry on, and I think that’s the best you can do. Carry on, eat the right food, sleep well if you can.” The hardest part is never knowing what’s going to happen next. 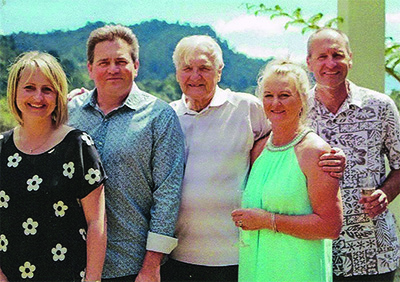 Pictured: David with his children Jackie, Christopher and Mark - whose mother Ann was also cared for by Hospice - and Mark’s wife Lisa.

“Nothing’s been easy, we just go from crisis to crisis”, David says.

“What I so appreciate is that I can ring Hospice at any time and get help – and they’re kind and caring people. Without Hospice it would be dreadful – you can’t get the same standard of care anywhere else.”

David was offered surgery to remove part of his colon, with the aim of reducing pain. A history of heart disease made this a high-risk operation and David declined, choosing to spend his precious days at home with Jenny, rather than in hospital. He has never doubted that he made the right choice, even in January when the pain became so bad that his surgeon admitted him to the Hospice Inpatient Unit to bring it under control.

Jenny says David was reluctant to go into Hospice, because he thought he wouldn’t come out. But once he got there, he didn’t want to leave.

“I was thrilled to be there, even though I was there for pain,” David says. “They’re an incredible bunch of people and the care was wonderful.”

During David’s stay, our medical team reviewed and adjusted his medications to reduce his pain and boost his strength and energy. David says everyone was incredibly kind; the cooks and household staff, volunteers, nurses, massage therapist and doctor. The doctor so impressed him that he nicknamed her ‘Bells and Whistles’.

“She’s wonderful, she is so quick to pick up what’s wrong and it’s just small things all the time. I haven’t had any major pain for days after her dealing with it.”

Right now there are 350 other patients just like David who need our help. Your gift today will provide crucial support for Hospice patients, right now and through the coming months of the Covid-19 pandemic, as they face their own daily crises.

We understand that this is a challenging time for us all, and any donation you feel able to make today will be appreciated more than ever.

To make a gift, please click on the community you wish to support.