What happens when someone is dying?

Home / Useful Information / What happens when someone is dying? 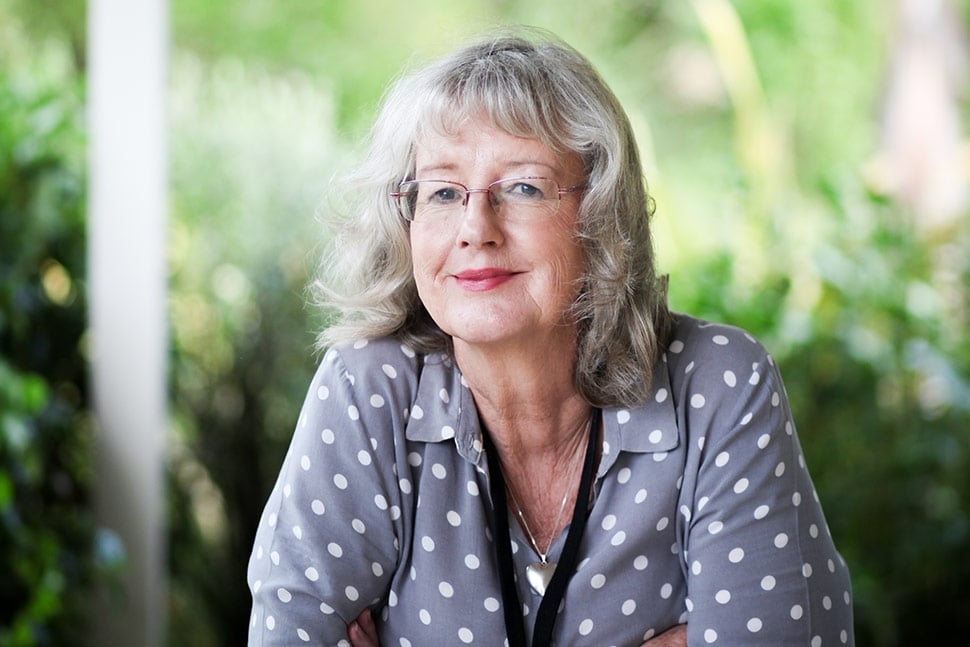 What happens when someone is dying?

Knowing what to expect when someone you love is dying can relieve some of the anxiety of this time. For most of us, the dying process is unknown, but there are certain things that commonly happen which you can look for.

Dying is normal. It is something we all have to face one way or another. But knowing a little of what to expect, can help not only you but the person who is dying. Not everything happens in a particular order and not all of these signs and symptoms will occur. Most of them relate to the natural closing down of the different organs and functions as the body wears out and illness or disease overcomes us.

Often the person’s interest in eating and drinking starts to wane. The body doesn’t need food in the same way it normally would and food that is taken is not used by the body in the same way.

Give the person food they want to eat, not what you think they should have. They are not dying of starvation, they are dying of a terminal illness.

Small, attractive meals offered intermittently are best. Let the person decide how much and when to eat and drink.

Some people may develop difficulty in swallowing, so don’t force anyone to take anything if they don’t want. Small ice chips, flavoured with something they like can be refreshing and help to keep the mouth clean and moist. Having a dry mouth can be uncomfortable, so help to keep it moist with sips of drink or swabs of water.

Sleep may take up more time. The end of life can be a tiring time as the body weakens and closes down. The person may spend more time sleeping and become uncommunicative, unresponsive, and difficult to arouse at times. Sit with them, gently holding a hand if they want that. Speak softly and normally. There is a reason we are called human beings – being at this stage is far more important than doing.

Just being there for the person dying is often far more powerful and useful than rushing around trying to do things.

Hearing is said to be the last of the senses to be lost, so be careful what you say. Don’t assume that because they have their eyes closed and seem to be asleep that they can’t hear what you are saying.

People may seem confused at times. Don’t be too concerned by this. It happens so often it is almost normal. However, if there seem to be hallucinations this needs medical attention. Hallucinations can be very distressing. Remember what you feel like if you have a bad dream? It can be like that for the dying person. So attention to this symptom is important. Make sure you reassure them that they are safe, tell them who you are, and where they are.

It is also common for people dying to say that they have seen someone who has already passed away. This happens so often that it can be assumed to be normal. You do not need to do anything about it unless the person is distressed. This is not a hallucination and rarely is it a reaction to medication. It simply signifies a person beginning a normal detachment from this life, preparing for death. It will not normally be distressing for them to experience this.

The person may make restless and repetitive motions such as pulling at sheets or clothing. These symptoms may be a result of a decrease in the oxygen circulation to the brain and a change in the body’s metabolism. Do not be alarmed or interfere, or try to restrain such movements. Talk calmly and reassuringly with the person so as not to startle or frighten them.

Familiar sounds, children, dogs and especially music may help have a calming effect. Music in particular can have a dramatic, soothing effect.

Another common sign that death is coming closer is a change in the pattern of breathing. Breathing may become shallow, irregular, fast, or abnormally slow. There is a pattern of breathing that is rhythmical, going from deep breaths to really shallow breaths that may seem alarming. Especially if you think the person has stopped breathing altogether.

They may also make a noise when breathing. This may seem like the sound of distress but is usually the vocal cords becoming less effective and nothing more.

Changing breathing patterns are very common for a person nearing death and usually is a sign of decreased circulation in the brain.

Accompanying this change in breathing pattern there are often ‘retained secretions’. This happens because the normal clearing system in the lungs doesn’t work so well and secretions build up more easily. The person can’t clear them away so readily.

It sounds like gurgling sounds are coming from the chest. These sounds can become loud and distressing to hear but again they are normal. The doctor may give medication to try and dry this up but it isn’t always necessary. Imagine the noise you make when drinking the last drop of liquid from a glass with a straw. A lot of air and not much liquid. That is similar to what is happening here.

It is more distressing to those listening than to the patient. Raising the head of the bed or changing position can make it less problematic.

As the circulation slows down, the person’s arms and legs may become cold, hot, or discoloured. You may also notice a change in colour round the lips. This is normal and a sign that the circulation is preserving essential organs until the end and slowing down.

The last hours or days

Human nature being what it is, most people will try to ‘hang on’ for as long as they can. Life can become a struggle. Fighting the physical changes cannot go on forever so at some point it often helps for you to be able to say to the person that they can let go. If you are able to, it is often helpful to reassure the person that those left behind will be okay, and that it is alright for them to go.

The ability to do this can be a great gift to the person who is dying. At the same time, it is important to say goodbye. You can say this in words or just lie close by, holding a hand or stroking their head gently. It is normal to cry so don’t apologise or try to hide your tears.

The time of death

It is important to know what happens at the time of death: Breathing finally stops, no pulse can be felt, the person cannot be aroused, the eyelids may be partially open with the eyes in a fixed stare, and their mouth may fall open as the jaw relaxes. Everything is quiet.

You will normally have warning that this time is coming, so be as prepared as you can be. Contact the nurse or doctor and they will help by telling you what to do next and how to do it. Contacting the funeral director before this time is really helpful as they will guide you through all the processes you need to go through.

If you have any concerns about any aspect of this process, please ask your doctor or nurse. They have been through this many times before and will be valuable guides. Remember: Ask for help. No one will think badly of you for doing so.

Remember that you also matter in all of this. Take care of yourself. Eat, drink and exercise when you can, and try to sleep. It can be an exhausting time but also a great gift to someone to care for them in their last days or weeks of life.